“I’ve been using SoundSynergies BRITETone® to clean and pre-condition my horn. I’m blown away by the difference it’s made in key action and slide movement. It’s as if I play easier and the valves are effortless. I love it and strongly encourage any musician to give this stuff a try.”
~ Preston Smith

Innervision recording artist, Preston Smith, is rocking the world of smooth jazz! His latest album release, On the Surface, was on the 2018 Grammy ballot for Contemporary Instrumental Album of the Year. Smith also won awards at the 2017 Indie Music Channel Awards in Hollywood, California for Album of the Year, Artist of the Year, and six other major awards. His single Endless Melodies was a finalist in The Great American Song Contest and his song Meatballin was a finalist in the USA Song Writing Competition. He also won Best Jazz Recording at the 2nd Annual Radio Music Awards in 2016 for his single “I Funked It Up”, while “Meatballin’” spent two weeks at #1 on the charts at FM96.9 The Oasis and was the #1 most added single on groovejazzmusic.com. Both “Meatballin’” and “Wondering” were the #3 most added singles for smooth jazz on the Nielsen Billboard.

When Preston is not performing or recording music he teaches elementary and middle music and coaches High School and Club Volleyball in the Houston area. His love of music and teaching comes through as he directs children’s performances worthy of a Tony Award! 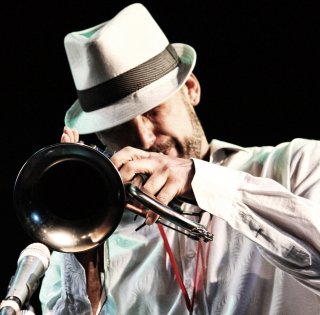