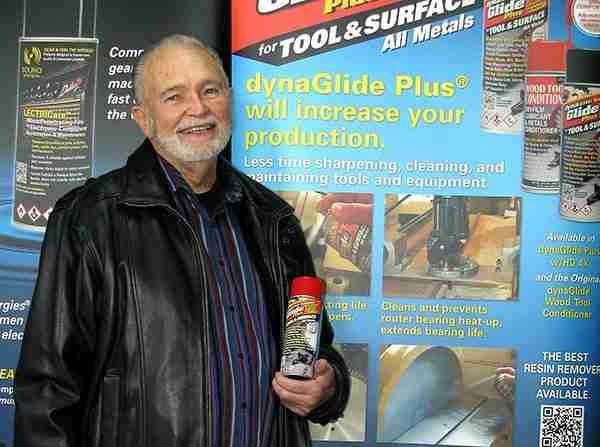 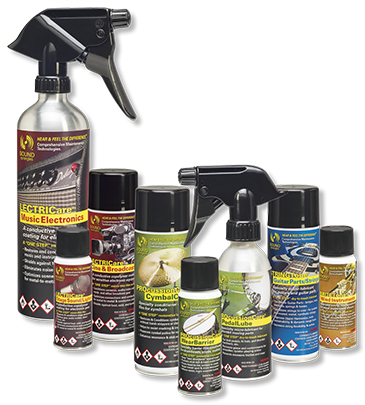 How does one come up with a suite of customized musical instrument-and accessory-specific maintenance products typified by a single, all-in-one spray-on solution that acts as a cleanser, lubricant, and conditioner? As it turns out, Sound Synergies’ path to market started over four decades ago.

Back in 1971, Seattle was in the midst of a recession. Boeing, the largest employer in the area, had just laid off thousands of employees. Jim Akers, a young marketing professional who had worked his way up from floor clerking to regional field supervisor and then into product development, recalled seeing a now-famous billboard on the side of the road near the Sea-Tac airport. It read: “Will the last person leaving Seattle – turn out the lights.”

At that point, Akers realized change was afoot, and within a year he had quit his job and struck out on his own, in 1972, launching A&A Western, a manufacturers’ representative agency. Thus began a circuitous journey in product development, manufacturing, and marketing that led, eventually, to Sound Synergies.

“When I foresaw the decline in old-line manufactured brands that were being trashed by an onslaught of new brands of like items, I knew I had to adjust my business,” says Akers. In1985, he decided to look for a struggling would-be-entrepreneur who had exhausted his funding and cash reserves. Akers found his mark, helped him get back his investment and then, eventually, bought him out.

And so Akers ended up with a new technology grounded in specialty lubricants. Quickly realizing the wide potential for applications of this technology, he launched the Multi-Marketing Corporation, a company that would go on to develop lubricants and conditioners that have been utilized in manufacturing and product maintenance across many verticals in the decades since. So what does this have to do with the musical instrument market? Well, around the same time, Akers’ first grandchild was born.

“I have three grandsons and from the time when they were in diapers, I’ve been supplying them with music equipment,” he says. “My daughter was a very good piano player, and my son-in-law is a sound technician, so all three of my grandchildren have been very involved in music.” One took to the drums, another to the acoustic guitar, and a third to the electric guitar.

The concept for Sound Synergies – a series of fast, easy solutions for musical instrument equipment maintenance issues – came to Akers as he watched his grandchildren grow up in this musical environment. He would take note of some of the maintenance issues that they were having with their equipment. He and his grandchildren would discuss common challenges and obstacles relating to corrosion, cleaning, and lubrication for various instruments and string types, and he began to see it as an opportunity.

As he watched his grandchildren grow, and continue down paths of serious musicianship – and as he continued to assist them with instrument maintenance issues – he also realized that they too might have some interest in a business built around MI products. The thought of entering the MI market stuck in Akers’ mind for years, until 2011, when he finally began mentoring his grandchildren in earnest.

At the same time, he enlisted a small team to begin a four-year product development process, with the goal of tackling the biggest obstacles relating to instrument and accessory maintenance. “Sound Synergies conditioners and lubricants for the music industry were designed and engineered to change how music instruments were maintained under all environmental conditions. If the products were to be industry-firsts products, we wanted to address the most difficult, problematic areas first,” says Akers.

It’s All About Timing

In 2015, at the end of the four-year product development process, Akers and team were ready to bring the Sound Synergies products to market. “My oldest grandson [Russell Reed, president of Sound Synergies] is 31, and I’ve been grooming him to take over the business.” he says. “I didn’t want to do this until my grandsons were ready to take it seriously and be able to learn the business side of the industry, in addition to the performance side. So it was a timing issue.”

Having years of experience in marketing – from custom branding to building product from scratch – as well as the rep industry and consulting work with manufacturers, Jim Akers had accrued a deep library of knowledge and best practices that he applied to the Sound Synergies strategic plan from day one.

“I wanted to build the business around distribution, solving problems, and basically taking care of all aspects of the distribution chain right down to the end user walking out the store with the product. I wanted to address all the areas that were necessary, and that’s what I started teaching my grandson: the A-to-Z approach to the business. And that’s why it took four years to get this thing ready. I didn’t want all of the other obstacles raising their ugly head and having to confront or adapt to whatever the problem may be. I wanted to get ahead of that curve, so that’s what we’ve done.” 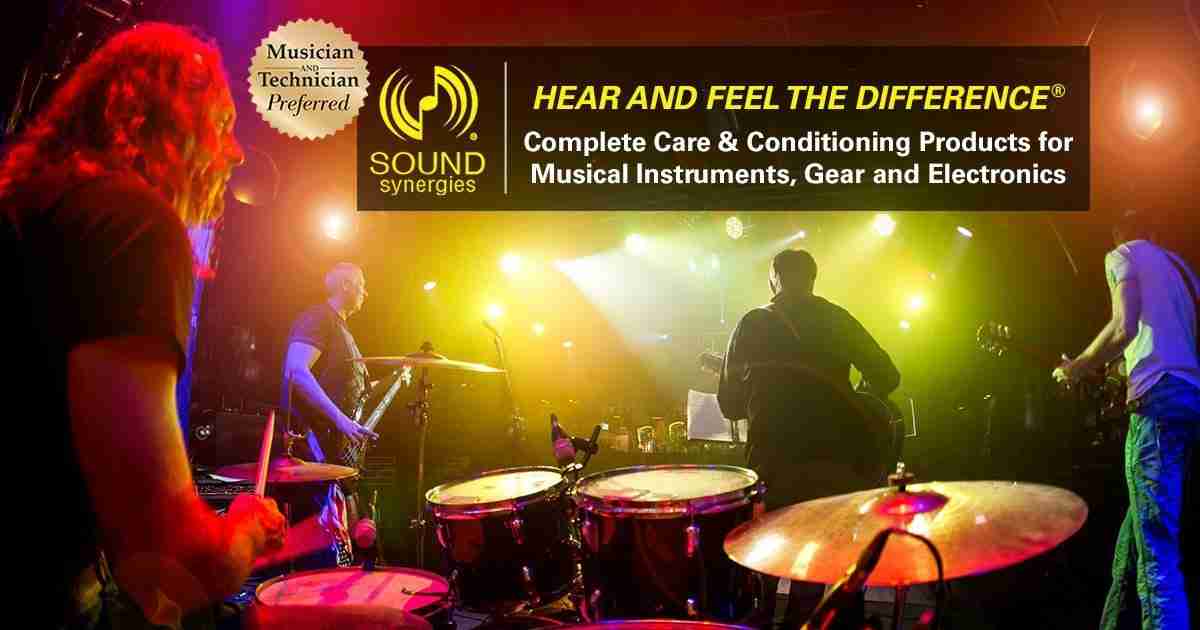 Based on the premise that music has so much intrinsic value to society, and factoring in current trends in retail, Akers reckons that today and in the future specialty music stores will flourish by fusing elements of traditional retail with a mix of in-store services and online offerings. And with that in mind, he wanted to be able to present retailers with turnkey solutions that would help them migrate toward that vision.

“I saw the fragmentation of maintenance products that were lumped together with general accessories,” Akers explains. “I wanted to offer the brick-and-mortar stores sales and marketing tools to stave off the erosion of in-store sales by online discounters of today. This approach stems from having a foot in old-line service and new online sales technologies, coupled with social media and other newer forms of promotion.”

A Foot in the Door

One of the most significant hurdles for a new company with this type of product line is educating the industry on differentiating features – how these are different from other products in the marketplace. Akers understands that it may take some time for retailers– and musicians – to learn about the Sound Synergies technology and trust its products. “I told my grandsons that it’s going to take you three years just to say hello in the marketplace out there. The way we’re going to do that is through our advertising. We’re going to build enough demand through our advertising that people will want to take a look at us.”

That process started in 2015 and will continue through next year. He continues, “Introducing new paradigms in technology is usually the most difficult hurdle. It takes time for people to accept a change from traditional, accepted and well-established regimens.”

Even with a product line that includes specialized maintenance products for strings, brass and woodwinds, electronics, stage sound and lighting, drum hardware, cymbals, and drum heads, Akers continues thinking ahead, looking to future trends that may drive consumer trends and impact demand in the marketplace. Akers says, “We can read the tea leaves and see the future, if you will. Superbugs are a big health concern, and that will be a problem in the school rental and repair market for wind instruments.”

Noting that accessories and school business are the top two growth areas in the music industry, Akers thinks that Sound Synergies is well positioned to help prevent superbugs from ever gaining a foothold in the band room. “We’re looking at the superbug thing because more than one person uses the same instrument, and if you look inside brass and wind instruments, they’re perfect incubators for bacteria. So we’re addressing that area ahead of this potential problem that may raise its ugly head. And that’s how we think in terms of trying to forecast.

The Sound Synergies solution to the superbug concern involves a two-step process. First, simplifying the cleansing process so it isn’t time-consuming or laborious, to remove all of the gunk and corrosion internally, where the bacteria tends to build up. In addition, Akers says that Sound Synergies product leaves behind a film that will prevent the growth of bacteria in the first place.

“We’re an innovative company with a long company history. We are not going to make anything that is a ‘me too.’ All of our products are very different – we’re not single-compound makers slapping a different label on things. Every one of our products has at least four different compounds in it, where most maintenance products just have a single compound.”

“All of these things take time to get the message out and it requires an organized, structured advertising program over a period of several years to get people oriented and prepared to look at this product. It’s costly and requires patience, but we have confidence we’ll get there.”

Thank You from Our Team

We thank you for visiting our website and our team encourages you to ContactUs with any questions or concerns about our Sound Synergies product line.

Click here to learn more about our parent company, the origin and technology behind our products.