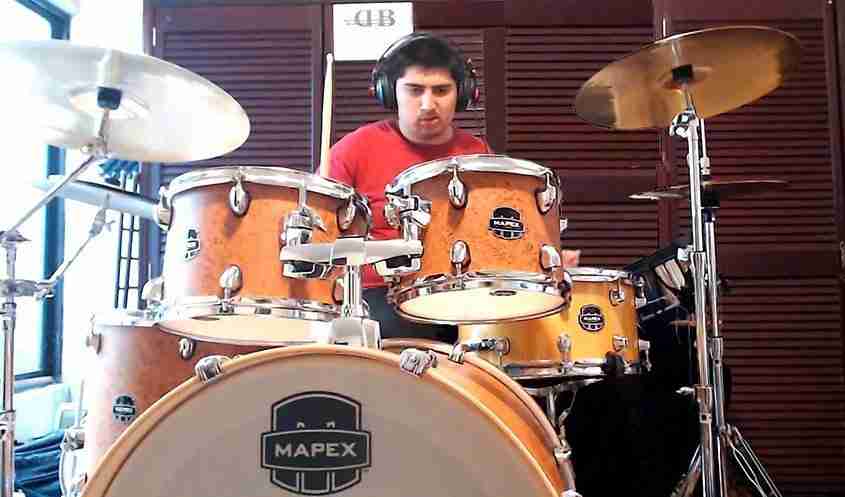 “I am a drum educator and I also work as a session drummer, and for me Sound Synergies is the perfect tool for what I need as a musician. I prefer to use the right tools instead of watching improvised tutorials that may put my gear at risk.”

Elias Uribe is one of the most recognized drummer educators worldwide, with more than 15 years of experience playing drums; Uribe has been one of the top references in Spanish-speaking musical education.

Born on August 3, 2000 in Tlalnepantla de Baz, Mexico, Elias grew up in a family who has a great legacy as musicians. He is the son of a pianist and at the age of two discovered his great passion for music. He began taking drum lessons at age 6 with the renowned Mexican drummer, Misael Barrera. At age 11, he began drum and percussion studies with Sergio Tapia and David Ramírez at the Academy of Music Conquering Arts. After graduating at age 17, Elias continued to develop his skills with private lessons from Gulli Briem and Andrés Vidales. He also studied drums and percussion at the School of Music located at the National Autonomous University of Mexico. At the age of 17, he began to release his first compositions and albums such as “When Your Dreams Become Real” (2017), “Sunlight” (2018), “Art and Beauty” (2018), “Armonía del Cielo” (2019), and “Vivir Contigo”. Uribe began to create educational projects in 2018 which soon gained popularity among Spanish-speaking drummers. He is currently dedicated to developing and expanding his music education projects, “Elias Drum Shed”, and “Aprende Batería Gratis.”

Eribe collaborated and played with groups such as Luna Zero, CF, Emmoc, Ekene, Anton Vic, Yavzye and The Kermitt´s Redpoles. He had the great opportunity to work with great artists like Miguel Cassina, and Ray Alonso in live concerts. His most recent projects include blogging and instructional videos, primarily to contribute more to the drum community which is growing in Latin America.

He is also producing his new record, which has the same music style as Vinnie Colaiuta had with Jing Chi. He will be recording his next album with Hector Hermosillo who is one of the greatest guitar players from Mexico along with Abraham Laboriel, one of the best bassists.

Uribe has appeared on Mexican National Radio stations like EXA F.M, and Beat 100.9 F.M. and in Multimedios Channel 6 of Mexican National Television. He is currently authoring a book about rudiments, independence, and speed and of course, grooves, titled 4 Elements for the Modern Drummer, and another drum method titled El Origen del Ritmo. As a contributing author, he has written articles for many drum magazines such as the Reymart Custom Drums Magazine, Sabian Education Network and the Latin American Drummer Magazine.